(51) “Salvage vehicle”, a motor vehicle, semitrailer, or house trailer which:

(a) Was damaged during a year that is no more than six years after the manufacturer’s model year designation for such vehicle to the extent that the total cost of repairs to rebuild or reconstruct the vehicle to its condition immediately before it was damaged for legal operation on the roads or highways exceeds eighty percent of the fair market value of the vehicle immediately preceding the time it was damaged;

(b) By reason of condition or circumstance, has been declared salvage, either by its owner, or by a person, firm, corporation, or other legal entity exercising the right of security interest in it;

(c) Has been declared salvage by an insurance company as a result of settlement of a claim;

(d) Ownership of which is evidenced by a salvage title; or

(e) Is abandoned property which is titled pursuant to section 304.155 or section 304.157 and designated with the words “salvage/abandoned property”. The total cost of repairs to rebuild or reconstruct the vehicle shall not include the cost of repairing, replacing, or reinstalling inflatable safety restraints, tires, sound systems, or damage as a result of hail, or any sales tax on parts or materials to rebuild or reconstruct the vehicle. For purposes of this definition, “fair market value” means the retail value of a motor vehicle as: 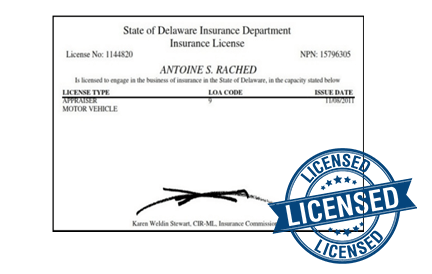